Live Music at the Country Fair 2019

Enjoy Live Music each day on our midway from 1 – 4 pm. 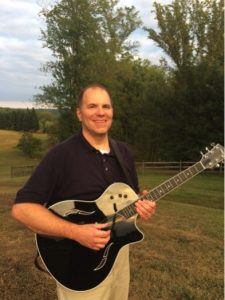 Hi, my name is Erik MacCain and I’ve been playing the guitar for over thirty years. I am very fortunate that I have been able to retire from my twenty-one plus year career as a parole officer to focus more time on doing something I truly love and that is music. My true passion is singing and playing the guitar for an audience, whether I’m performing solo, duo, or with a band. Music is always on my mind and once a gig is over I can’t wait for the next one to come up.
I typically perform in Delaware, Pennsylvania, Maryland, and New Jersey and have provided live music for private events, wedding ceremonies and cocktail hours, corporate functions, festivals, fundraisers, and of course bars, country clubs, and restaurants. I play a variety of music including classic rock, country, folk/singer-songwriter, as well as more current pop songs. I’m looking forward to playing for everyone at the Ludwig’s Corner Horse Show and Country Fair! 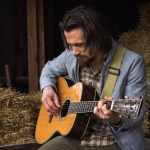 Hi, my name is Ryan Cook. Music is my superpower…

I learned to play guitar first year of college and was in a band THAT year. So, from the very start it’s been intertwined with performances, more than I could count. I learned to sing a couple years later. 10 years later… it’s my profession and I cannot be happier about it!

It’s unreal how personal singing really is! To share the positive vibes of live performance with you is my greatest joy. Its uncanny how sharing music creates fast friends of your audience, especially those I work with to make it happen from the start. I cannot wait to meet you and create a personalized experience for your weddings and parties!

One thing that differentiates me is that I do my best to provide the fullest sound possible. That means, I have incorporated a kick bass pedal to get that essential percussion beat. I also use a looper which can record snippets of a song, like a chord progression that I can have running on a whim while playing on top of that, whether it be a solo or additional layers. Occasionally, I will break out a harmonica or some other instruments in addition.

Here’s to YOU!!! Thank you so much for reading. I will see you at the Ludwig’s Corner Horse Show and Country Fair 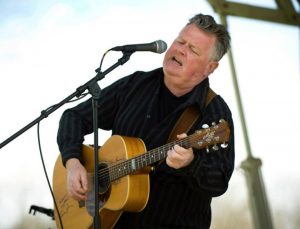 Seamus Kelleher was born in Galway city in 1954. The youngest of five children, he studied piano at age nine and continued to do so until he picked up the guitar at age fourteen. Within a few weeks, Seamus knew what he would be doing for the rest of his life. By age 15, he was performing acoustic concerts at venues all over Galway. By 16 he joined a rock group called Spoonful where he switched from acoustic to electric guitar. He quickly developed a reputation for his flamboyant blues-style guitar often opening for bands such as Thin Lizzy. Seamus toured the US in 1974 with a band called Rock & Roll Circus. Shortly after the tour, he packed his bags and moved to New York where once again he quickly developed a large following. He performed all over the US and Europe with the Sean Fleming Band.

In 1996 he joined forces with Blackthorn, Philadelphia’s legendary Celtic Rock band. Seamus did more than a thousand shows with Blackthorn. In 2010, Seamus decided it was time to embark on a solo career. In just a few short years, he has put together a show that combines comedy, story telling. virtuoso guitar playing and a wonderful collection of original and unique cover material. His shows are not for the faint of heart. He will keep you on the edge of your seat for hours so fasten up and enjoy the ride!